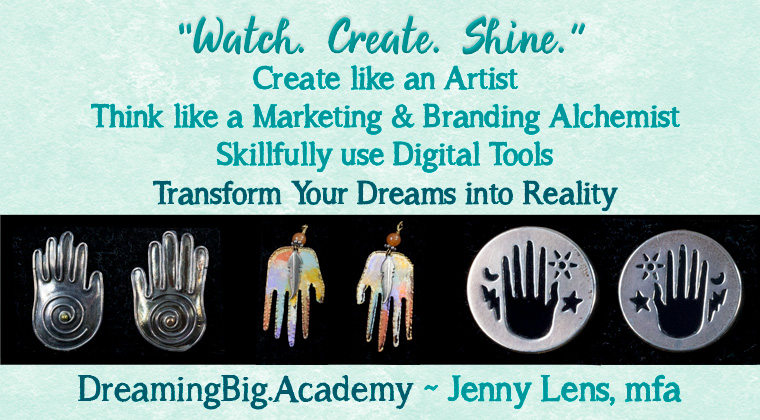 I'm EXCITED to be part of YOUR adventurous journey towards a joyful, expansive experience.

Sharing MY top tips, tricks and secrets just for you! So YOU don't have to spend the many years and thousands of dollars to figure this out like so many, including me. #NoMoreTears.

Grab these ops before I raise the fees.

Adorama, THE most prestigious photo gear supplier and photo lab for decades, said  I am "one of the ten most influential rock photographers of all time."

"Jenny Lens was not just one of the few photographers chronicling the early punk scene in both North America and London, she was also one of the few women working in a very male-dominated field. Her life is pretty fascinating and made up of the three acts usually associated with characters in movies and novels."

Patti Smith called me "the girl with the camera eye," from LA's Roxy Theater. 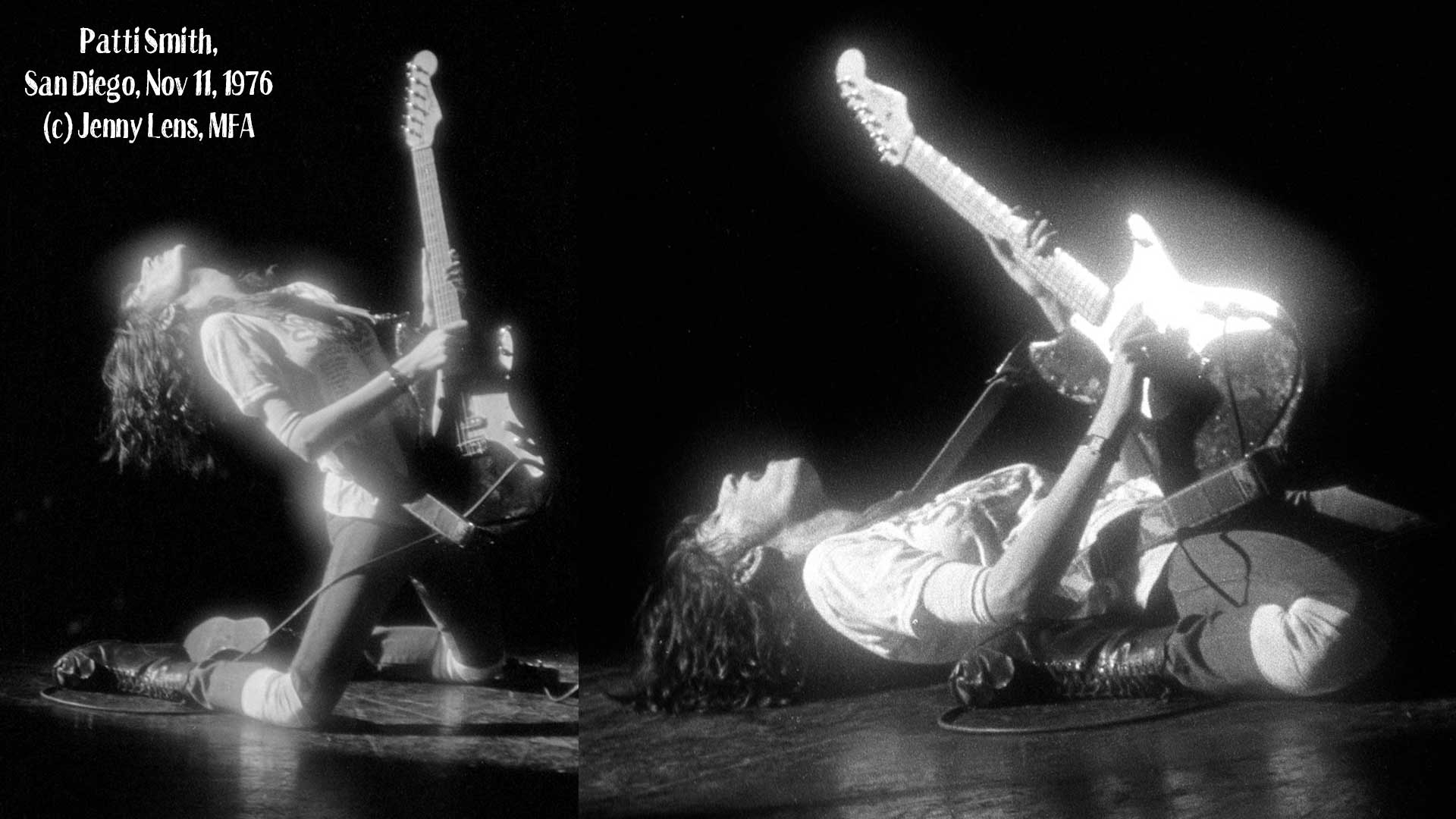 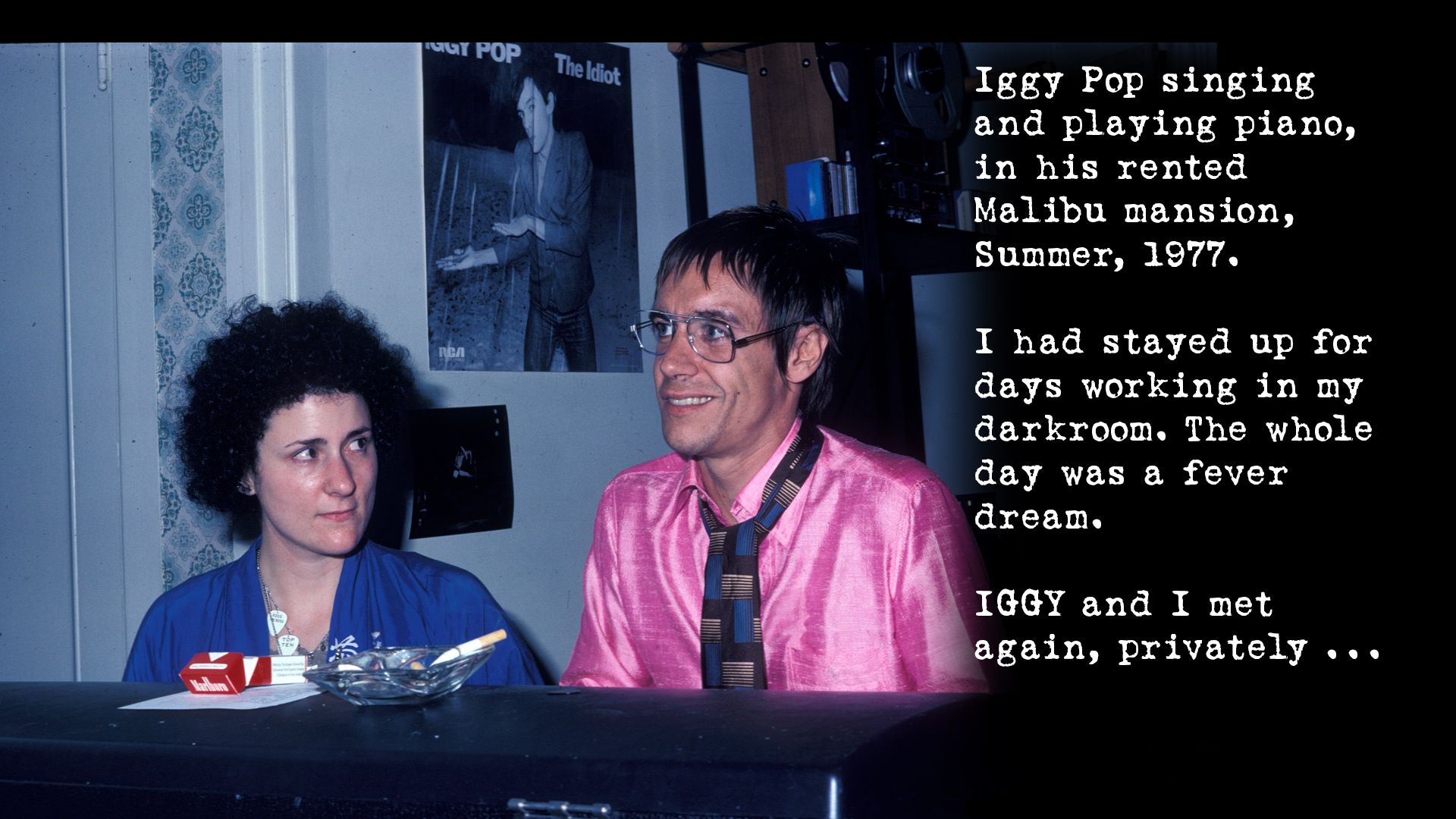 Iggy Pop told me my photos were as good as his photographer (a top pro, and I was just starting out). He asked me where I'd been. I said, "Earning art degrees." He smiled and nodded. You can see some of my art below.

Now you can be inspired, grown, learn and BENEFIT from my knowledge and experience. And secrets.

"Jenny’s photo class has been a fun and easy way to introduce myself further into the world of photography and get some amazing insight from one of the real talents. From her amazing shots of punks greats, to real world aptitude, I felt honored to catch some insider tips to apply to my day to day photos and try to go further than I thought before." ~ Mark Heck

Examples of Before and After Color Correction and Manipulation in Lightroom and Photoshop.

ALL the images in ALL my workshops, websites, prints, online, publications, films, packaging and merch ALL the result of Adobe Lightroom and Photoshop. 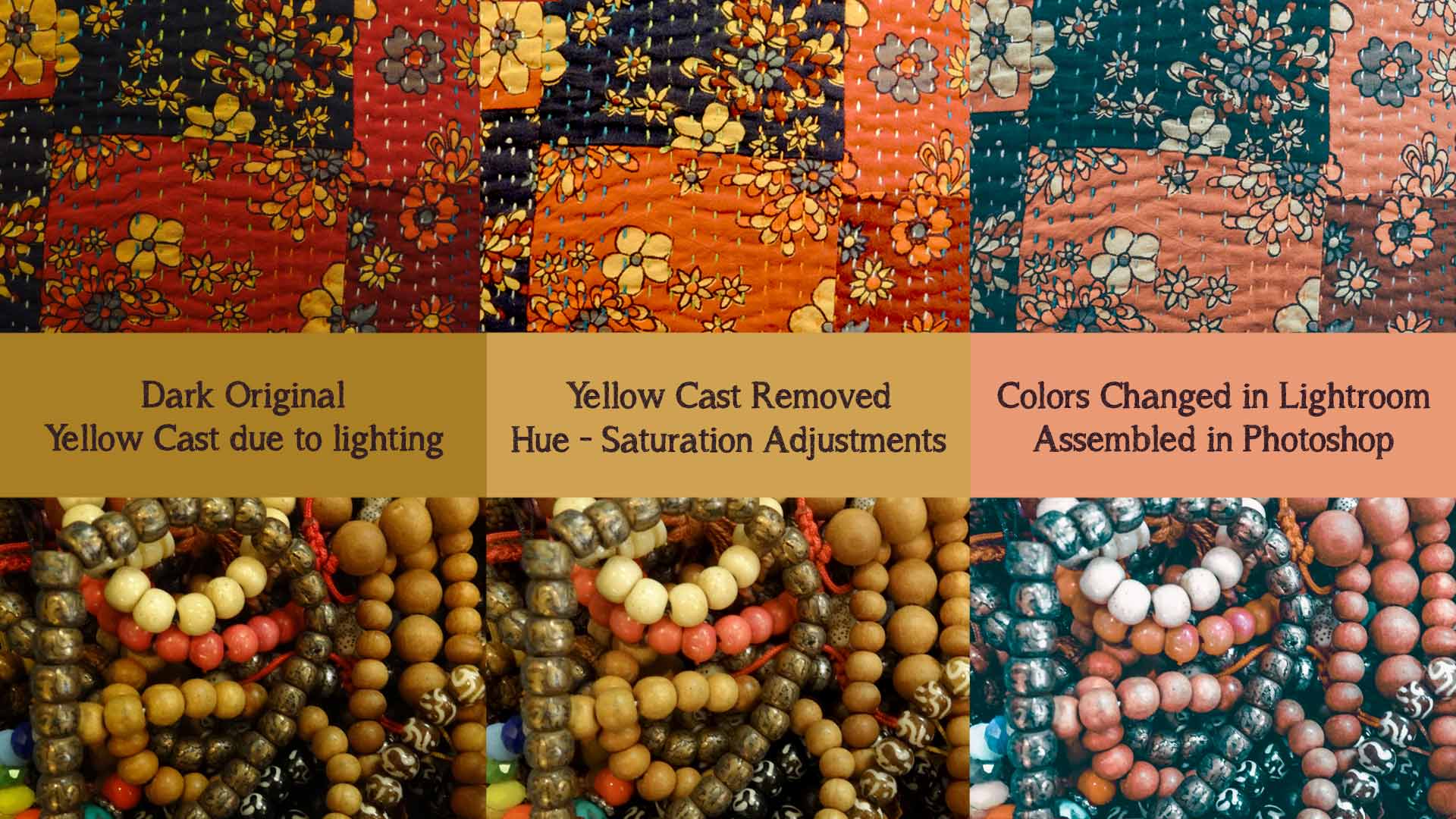 "Thanks for all the advice and support re my site design issues. Very useful and more than my designer discussed or suggested." Ashley Cherry

"Jenny has a great knack to make you look around and capture the mood either through manipulating manual settings or making the best of what you have at hand. I would recommend checking out these courses to anyone who wants to dream big and get inspired. I would rate my course 10/10 for inspiration alone. Thank you Jenny!" ~ Mark Heck

"I think it is great that you are going the online teaching and coaching route. Your talents and skills will helpful to many!" ~ Jennifer Posner Lehner, The Front Row

"We were in business 12 years and no large company ever found us. Our previous ecommerce site was a mess, badly designed and hard to find info.

She organized info, provided search engine strategies, a total facelift and trained me to use it.

Always a pleasure working with Jenny. Brightest, most energetic person I know. Fun too. She’s thorough, but results worth it!” ~Mark Martinez, graphic artist and designer

So many teaching online have never even taken one art or design course. I earned BA in Art (CSUN), Master of Fine Art in Design (CalArts) and Cert in Computer Graphics (UCLA) [extensive 2 year course], ALL with Honors.

Taught at MAJOR schools, too. Plus every day I study and USE what I share here! Learn from a pro, in everyday language.

I'm the MOST published early punk rock photog. In MAJOR museums too. Check out PunkPioneers.com.

IF you like the art and photos you see here, you ain't seen nothin' yet. You will love what I share in my Workshops designed for YOU!

"YOU are THE Punk Rock Goddess Photographer!" ~Rodney Bingenheimer, the "Mayor of Sunset Strip."

"You would be a great teacher because you have a plethora of knowledge" ~ Kimra Luna, BTBY, Freedom Hackers Galaxy

"Your work made me realize that every show was an EVENT, a moment outside "real" life that should and could be internalized and immortalized. Making the ugly look good and the good look ugly. And the music didn't suck either." ~Erich Dye, Facebook

"Great pix. Jenny you are more than an artist. You caught the whole passion of those times. You should be world famous with all the financial security and recognition that brings." ~Liz Winchell, an early LA punk rocker

“We were contacted by a large organization with press, radio and other media coverage within first month after Jenny Lens redesigned our ecommerce site.

Our site rarely displayed by Google til she performed her magic! I couldn’t buy media coverage like that for what I paid Jenny.” ~Mark Martinez, graphic artist and designer