I posted member-only exclusive audio, photos and video of Blondie, Germs, Joan Jett, the Masque, X and more! Watch and hear as soon as you join!

Get 4 hours (or more!) never heard true tall tales and tons of photos, many never seen! Every month! You can even tell ME what you wanna know and see!

Just $5 if month by month! Save more when you sign up for longer.

This took WEEKS to create, with no money coming in. REAL urgency! 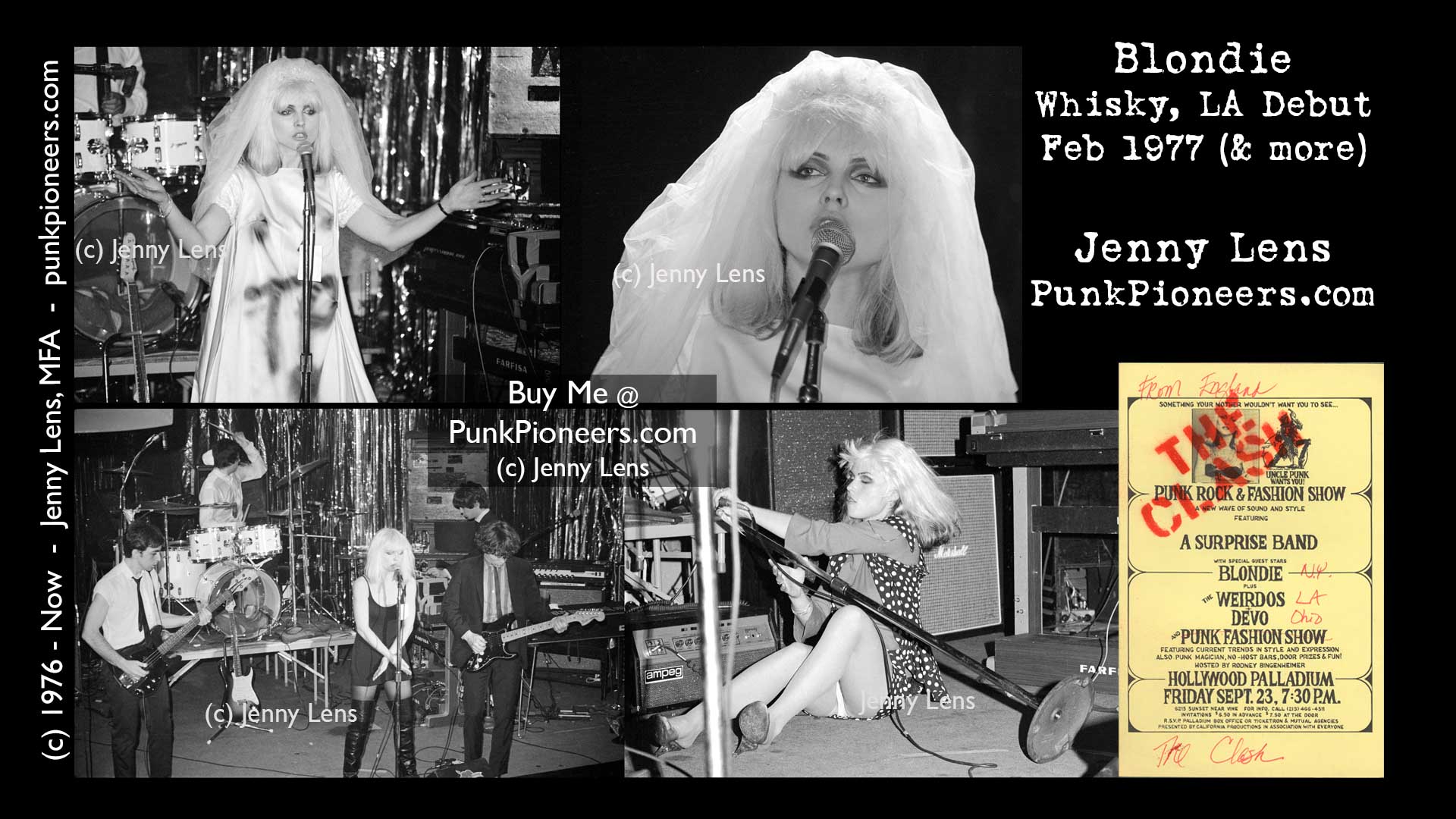 Don't wait too long to hear my stories and see rare photos.

ONLY doing this because people like YOU keep asking for stories and photos! 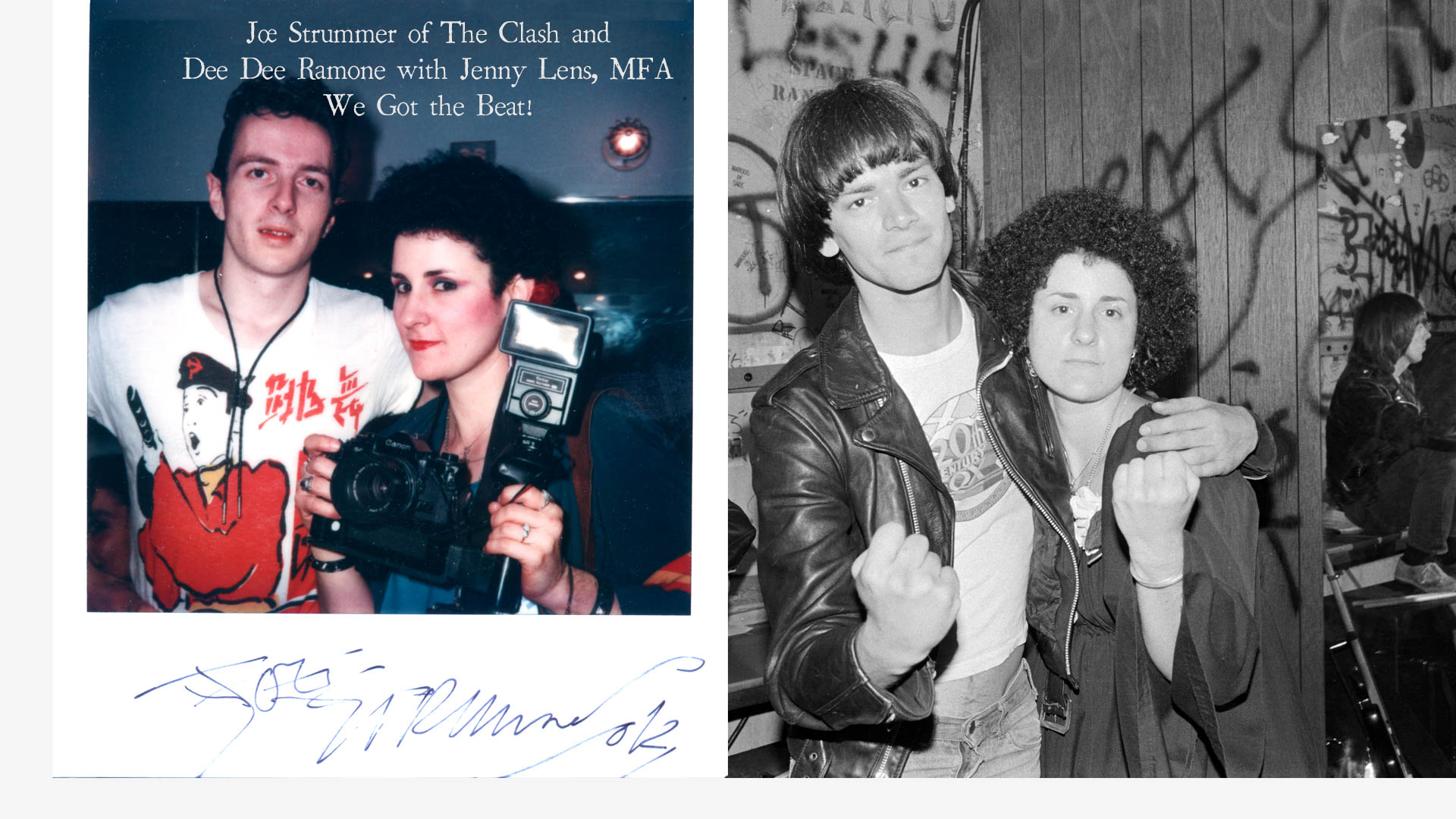 "Jenny Lens was not just one of the few photographers chronicling the early punk scene in both North America and London, she was also one of the few women working in a very male-dominated field.

Her life is pretty fascinating and made up of the three acts usually associated with characters in movies and novels." Read more @ Adorama Camera. 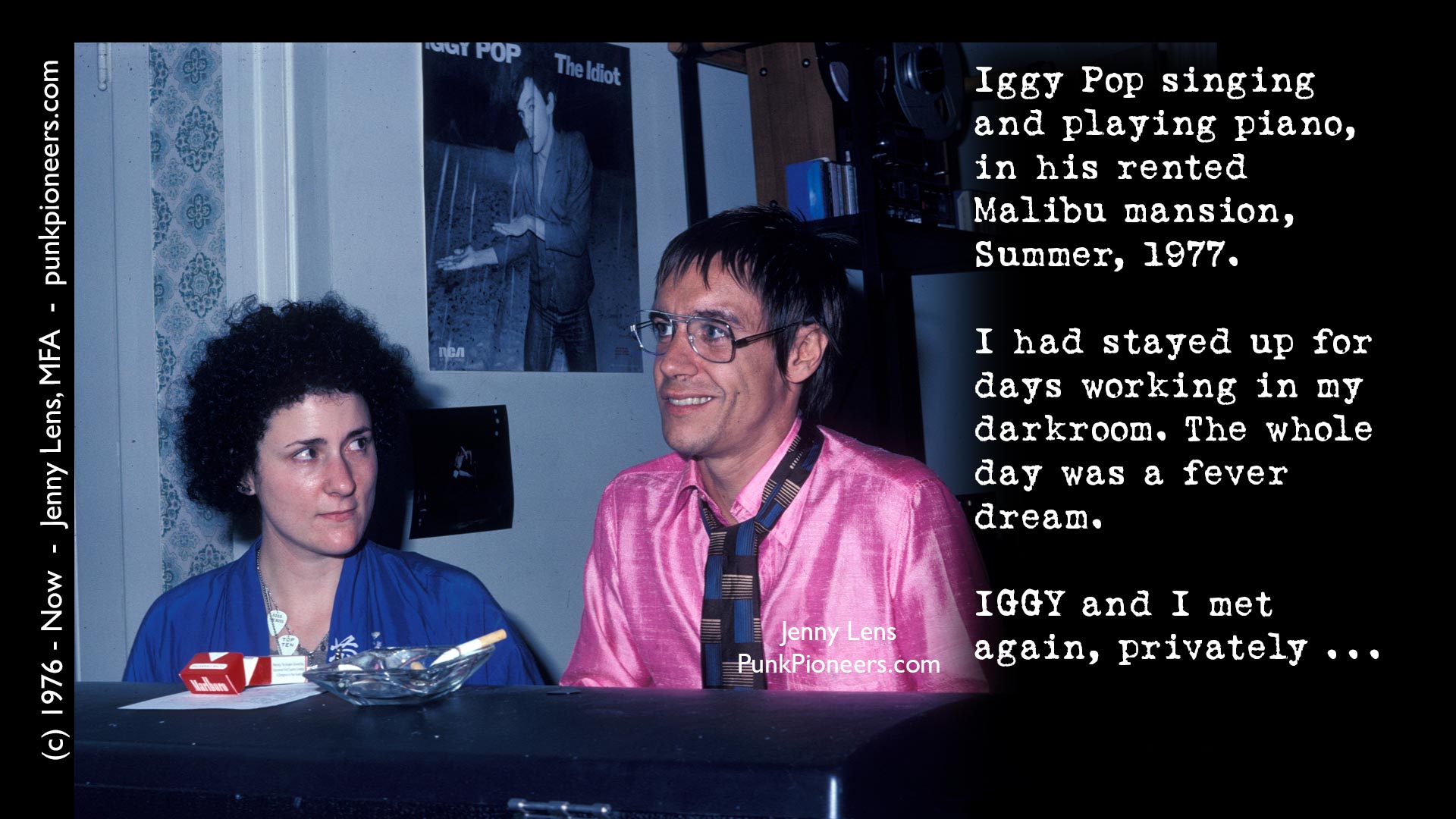 So simple! You can listen to audio or look at images or video using any device with an online connection or wifi!

Scroll or tap down, on this page, to see how to start now and how to navigate the back end with audio, images and videos. No guessing or surprises.

NOW is your chance to see and hear what few will ever see or hear.

My archive (and I) can't survive without YOUR membership. For a few pennies a day. Please get started now. Thanks! 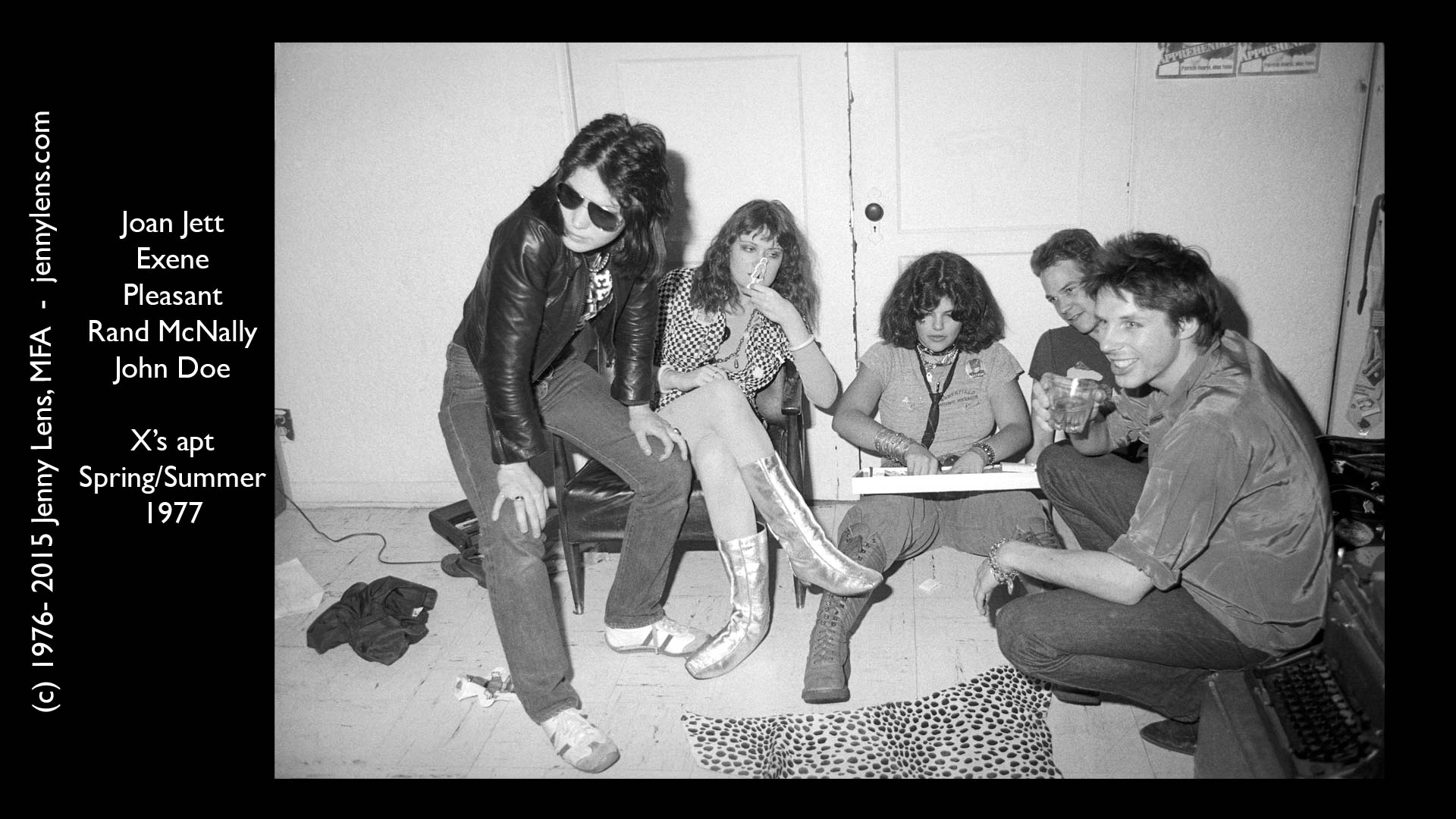 Joan Jett (still in Runaways), Exene and John Doe (months before X ever played!), Rand McNally (before he co-founded Dangerhouse Records) and Pleasant Gehman (before she created Lobotomy fanzine -- first issue used my Mumps photo on cover and I was only photographer listed in masthead --  and wrote for LA Weekly).

Want to see and hear about our informal gatherings at X's home? Where was it? Who hung there? Who were their neighbors? I know  ...

(Like vids? You'll see and hear a rare video about LA's legendary Masque with tons of my photos and insider memories. ONLY for members!). 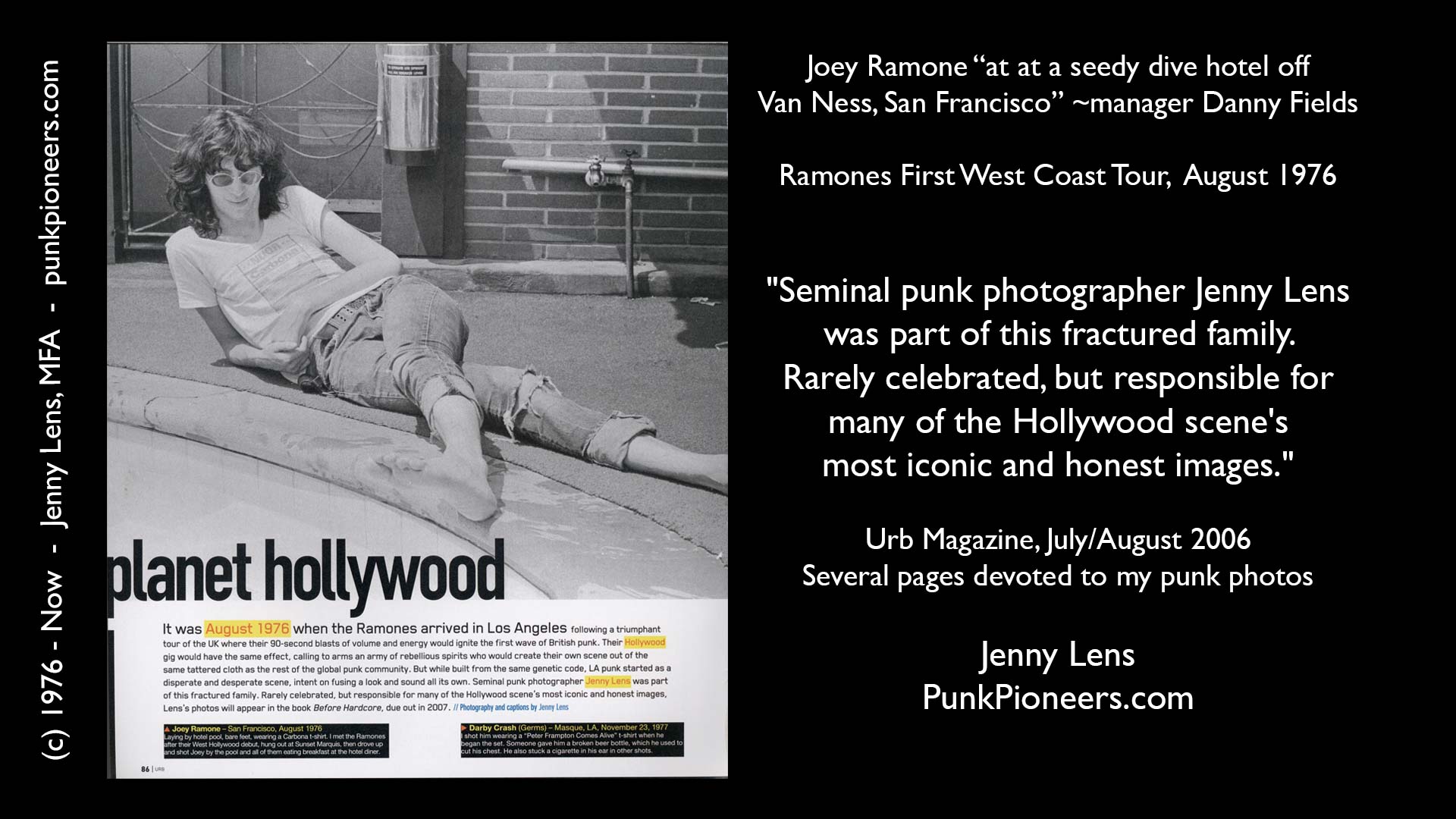 IF you are an early punk fan, you've seen my photos. Often without my name. Fanzines, magazines, books, doc, merch (usually bootlegged).

NOW hear the TRUE TALL TALES behind my photos, many seen, many more never seen. The people I shot, parties, street, backstage, and yeah, the BEST punk rock shows ever! NEW stories only for your ears.

For a few bucks a month, hear the facts from "the Girl with the Camera Eye," (anointed by Patti Smith). So get with it or get left behind. Your choice. Good rockin' tonight. 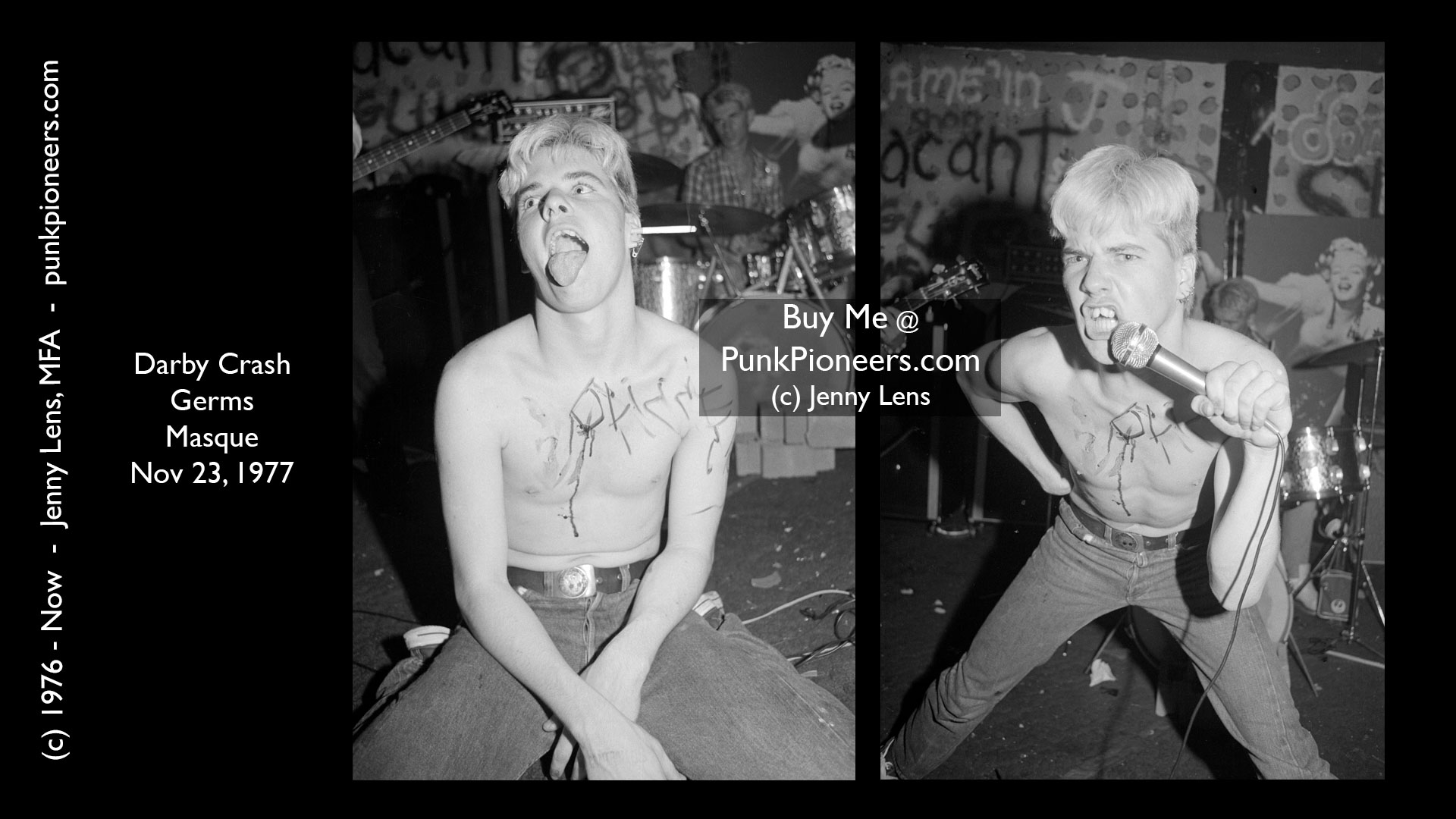 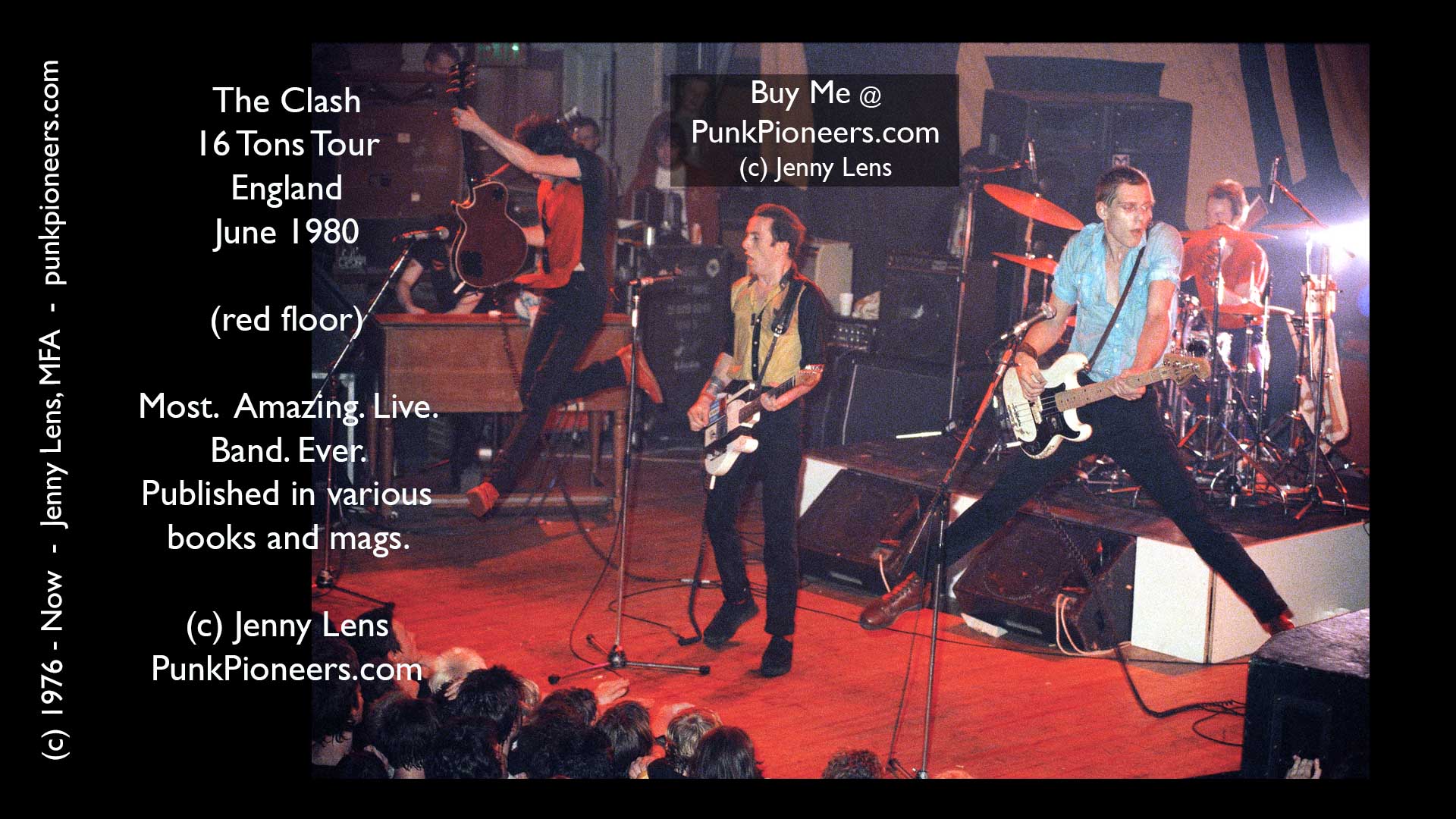 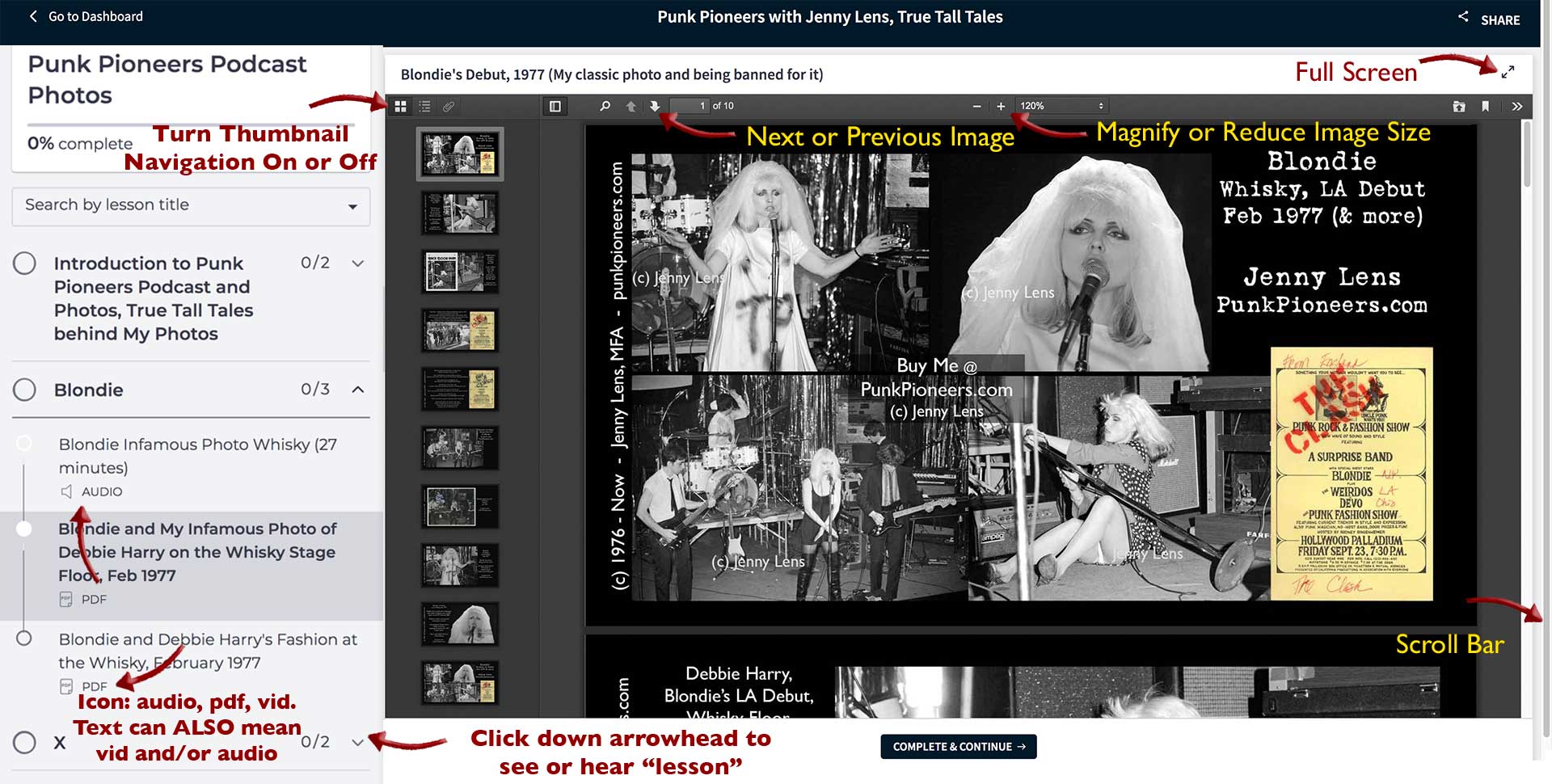 Icons on left indicate if audio, PDF (to see larger images), text or video. Text can ALSO include audio and/or video. Just click. It's easy!

You can listen or just look at images.

Great op to really study my photos, with added detail from my oral True Tall Tales.

Have fun and keep rockin', no matter how bleak and difficult life can be at times. 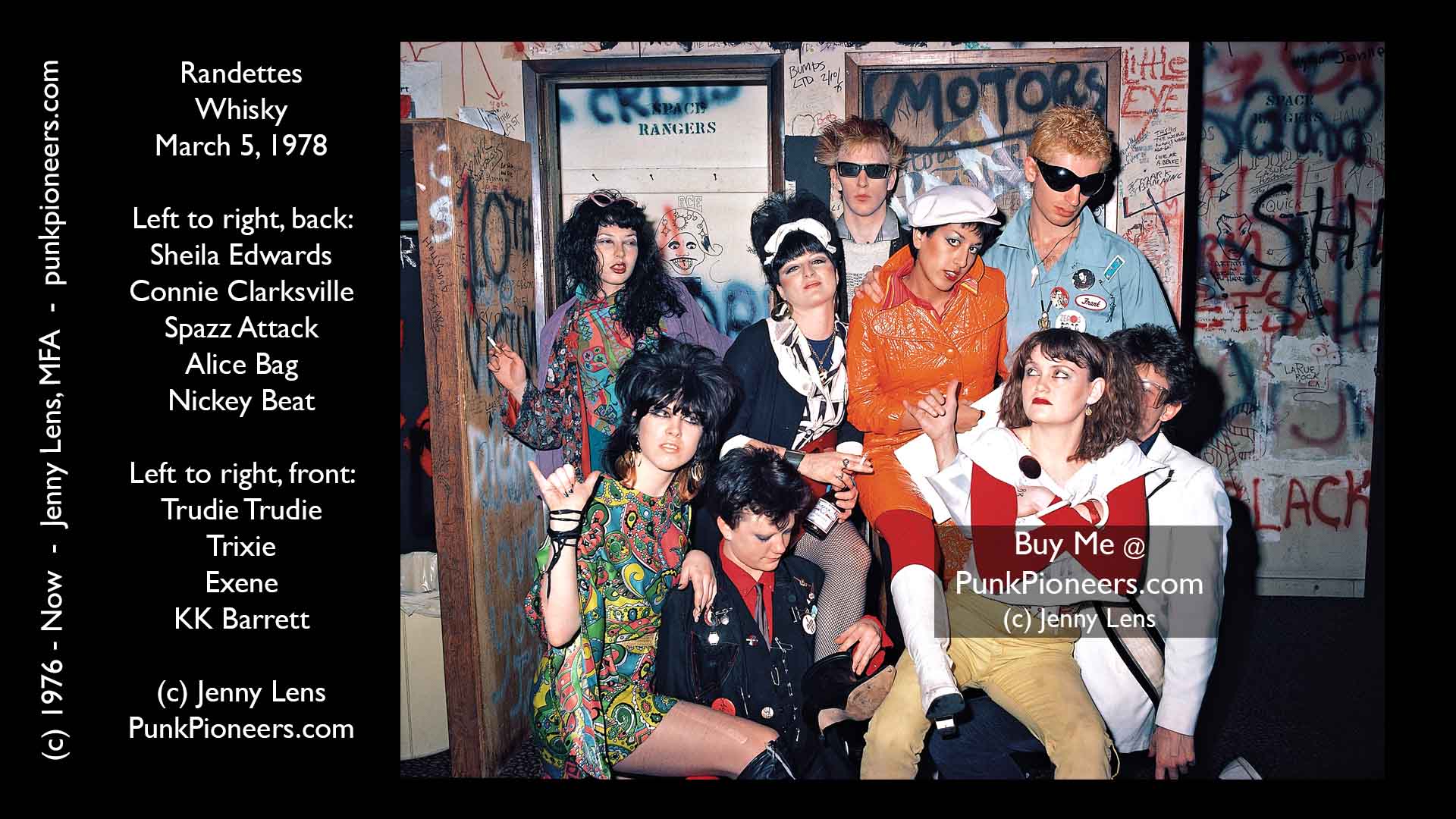 I KNEW and hung out with everyone in this and most photos. Private parties and spontaneous gatherings. In the eye of the storm. Ground Zero.

After clicking "Get Your ..." button, you will see these screens:

You will be emailed access link and login info. 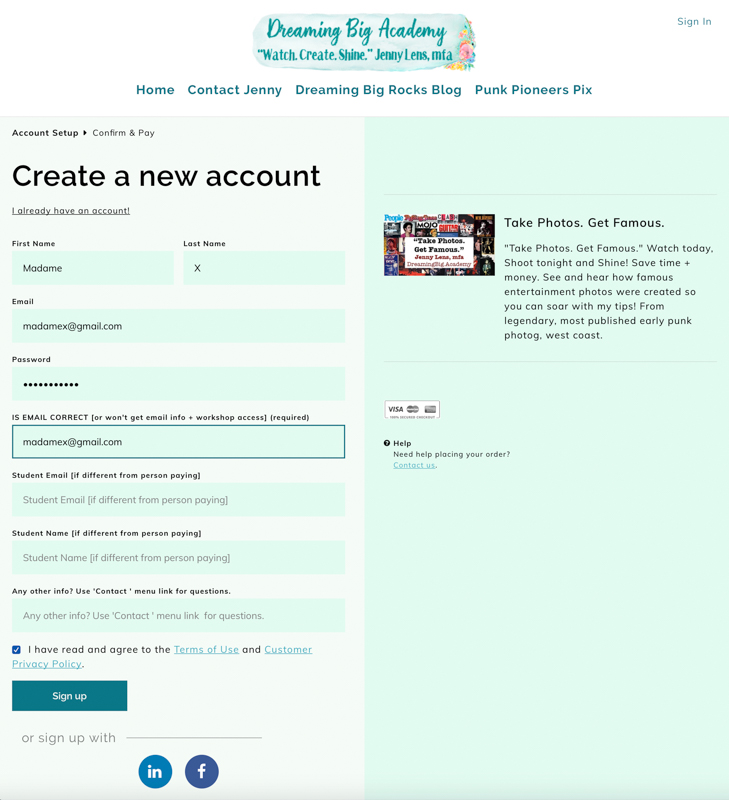 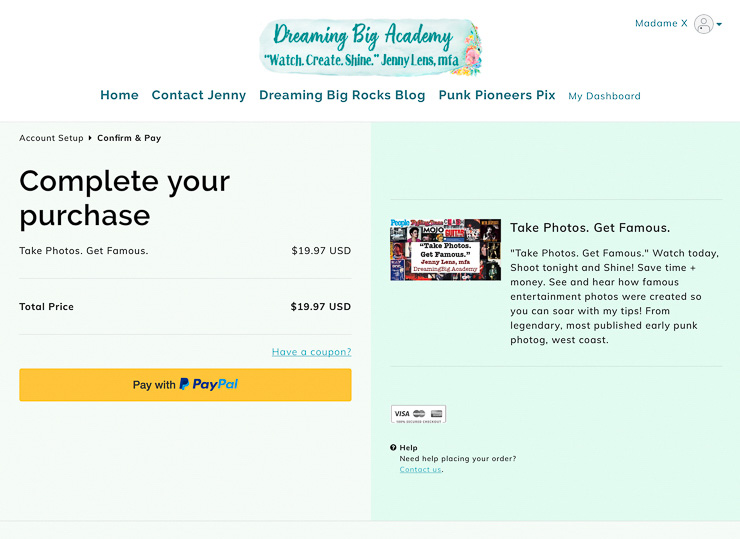 Step 3:  You don't need a PayPal account. You can pay with a Visa or MasterCard. 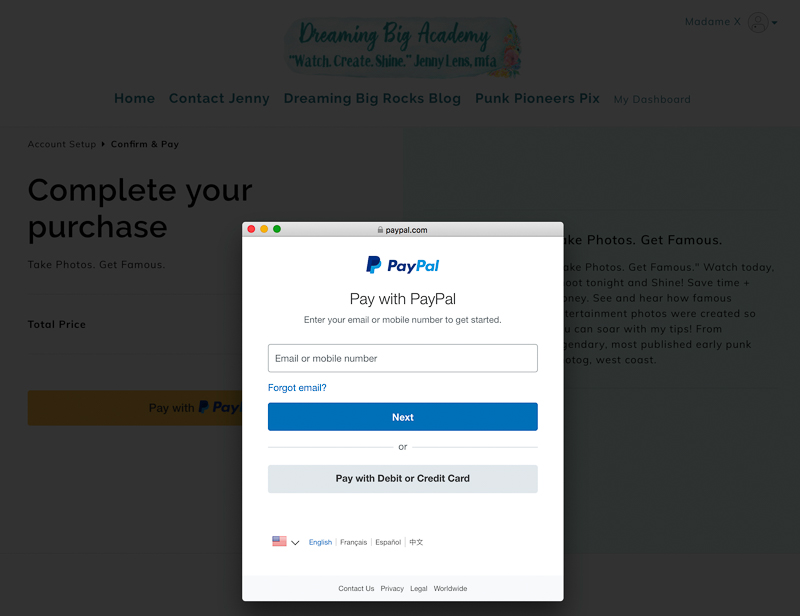 Step 4:  You will get an email with Login info. Just follow the email instructions. 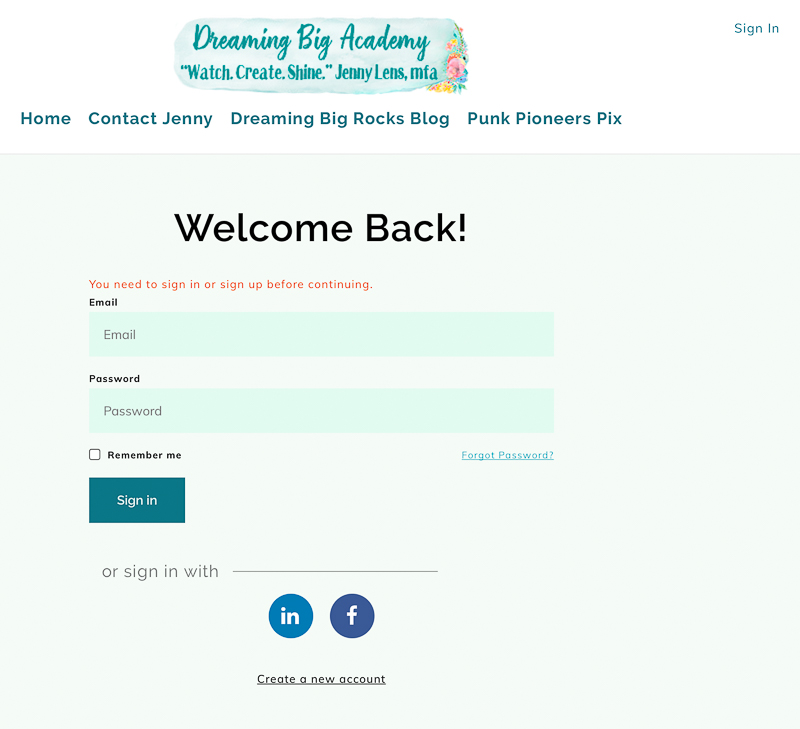 Step 5: After logging in, you will see one or more classes listed. Choose the class you want to see. 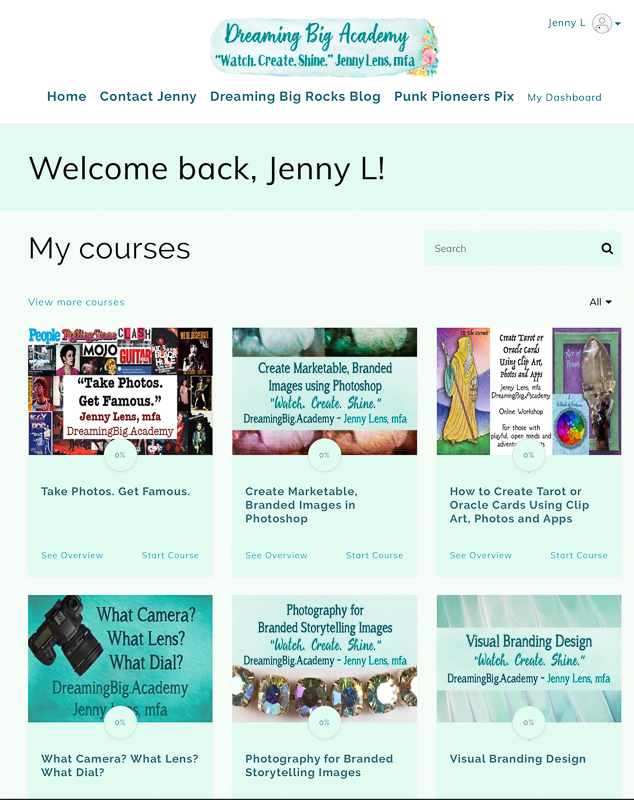 Step 6: Class lessons are on left side. Audio, images, and when present, text, PDFs, videos, etc are on right side. See Navigation images elsewhere on this page. 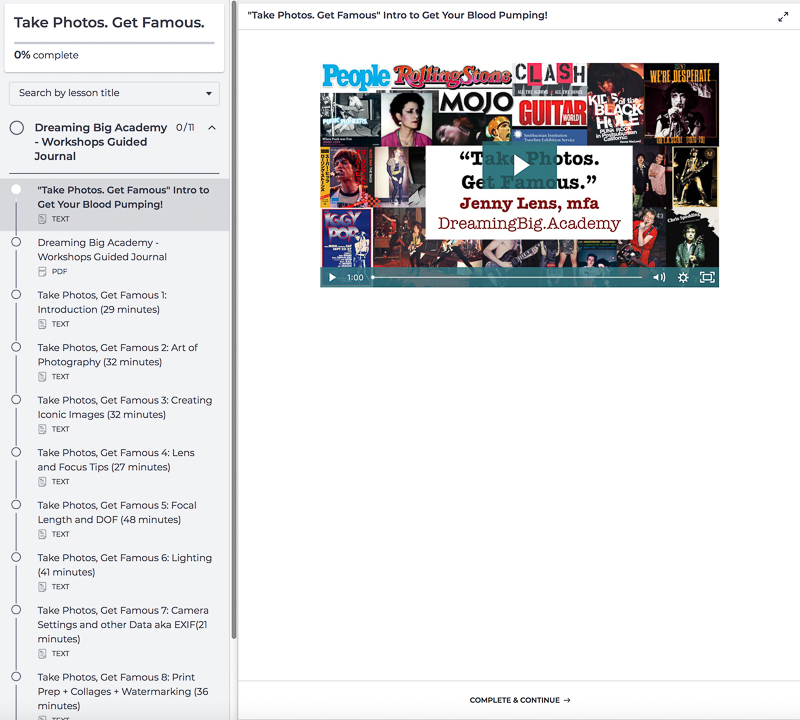 I've always been camera shy, but so glad there's a few images of myself! I painted my face as if I were Fauve ("Wild Beast") Matisse on acid. 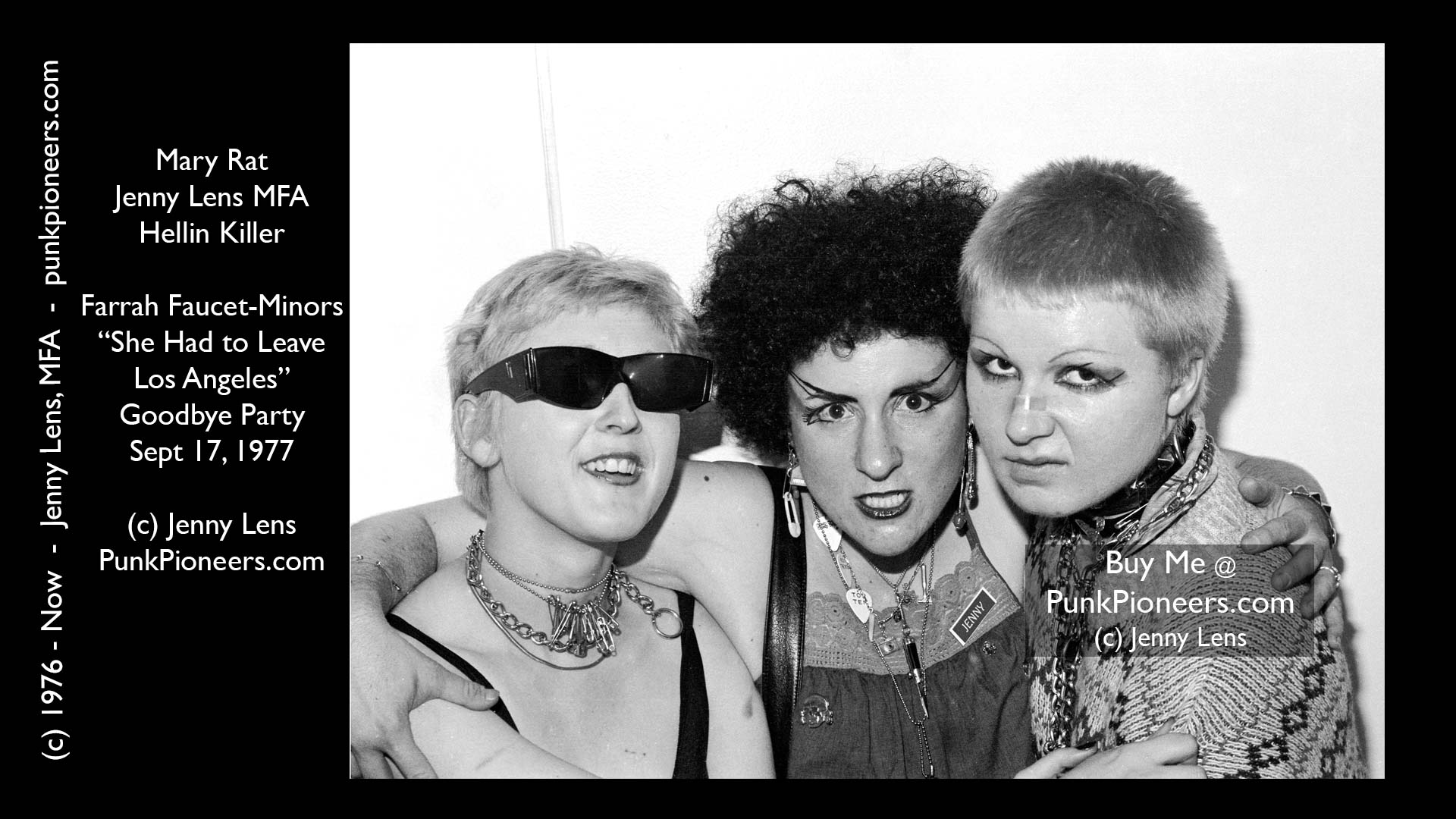 Hollywood punks were a rough crowd. Amazing I got out alive!

Although worse thieves later. People who said they wanted to help my archive.

Instead they stole money, negatives and slides.

Gotta be made of strong stuff to survive. But it takes money and time and energy.

IF you support my hard work, which I do for you, you'll open your wallets. Now.

Plus tell others. On ALL social media. Often.

Only then I am willing and able to share these True Tall Tales! 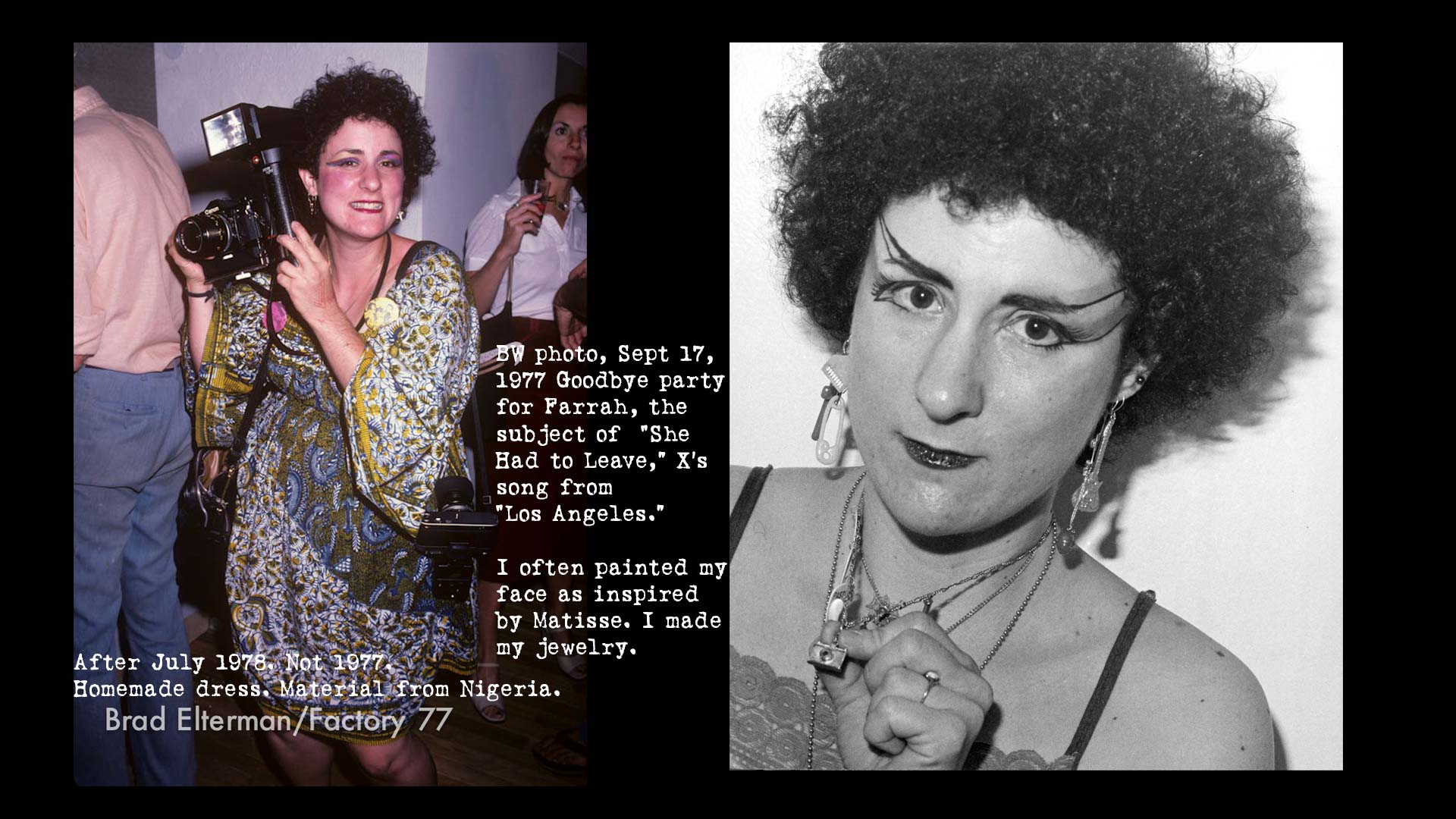 Robbie "Posh Boy" Fields, founder of Posh Boy Records and I were making out at a Screamers Party, January 20, 1978. Photographer Melanie Nissen took this photo. We were hanging out in the closet! Oh that was a wild party.

(Melanie is one of my two all time most fave photog. British Pennie Smith is my other fave.)

KK Barrett (drummer for Screamers and later nominated for an Oscar) and others were throwing spaghetti in the kitchen. And Moshe Brakha models were there ... that was the night I met his manager. Then we had an affair. 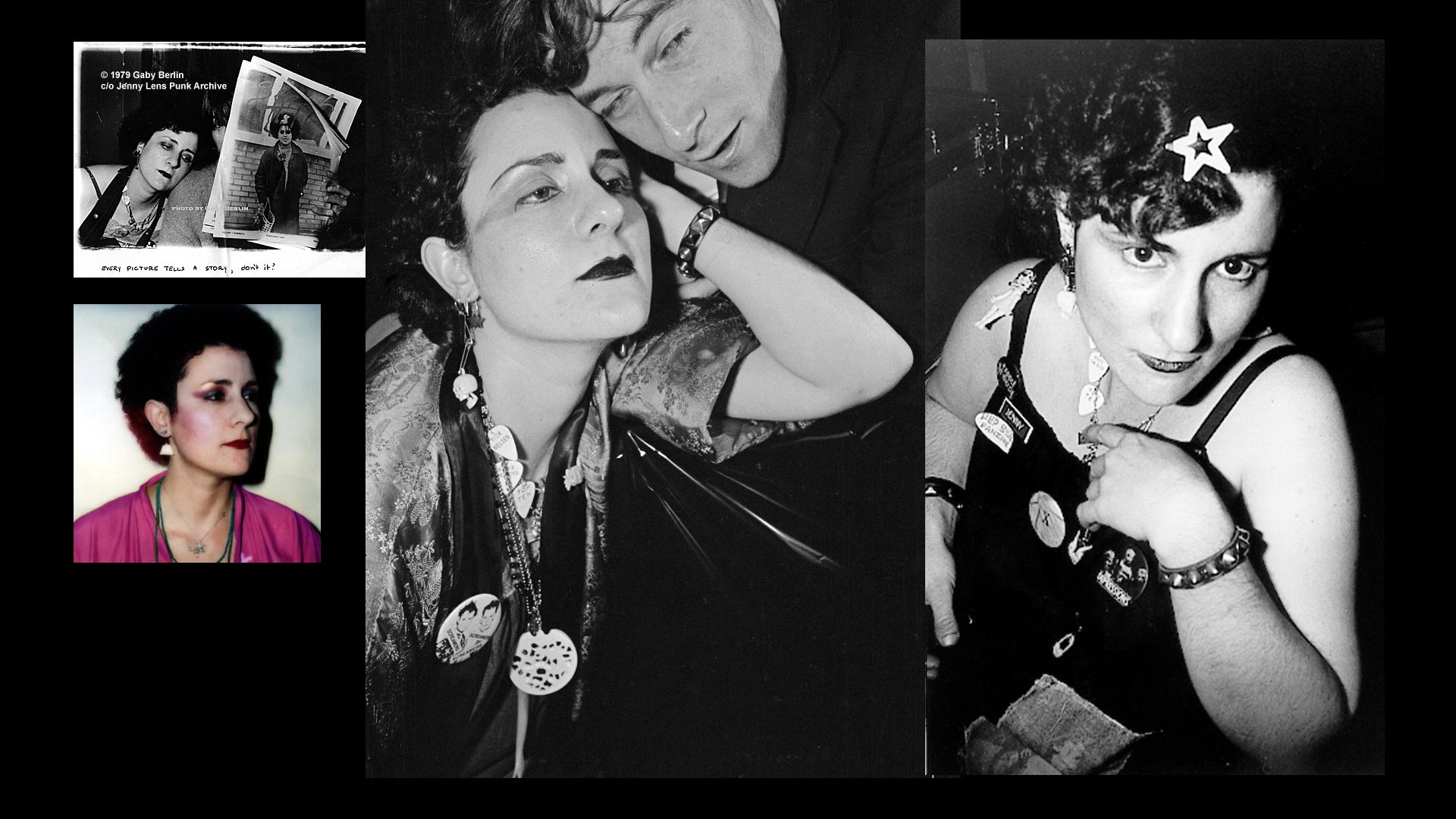 I shot Divine at Fiorucci's, Beverly Hills, June 1978. I fried my dark, naturally curly hair while bleaching it to turn it magenta, using Crazy Color hair dye from England. LOL! I had no idea what I was doing, but that never stopped me! 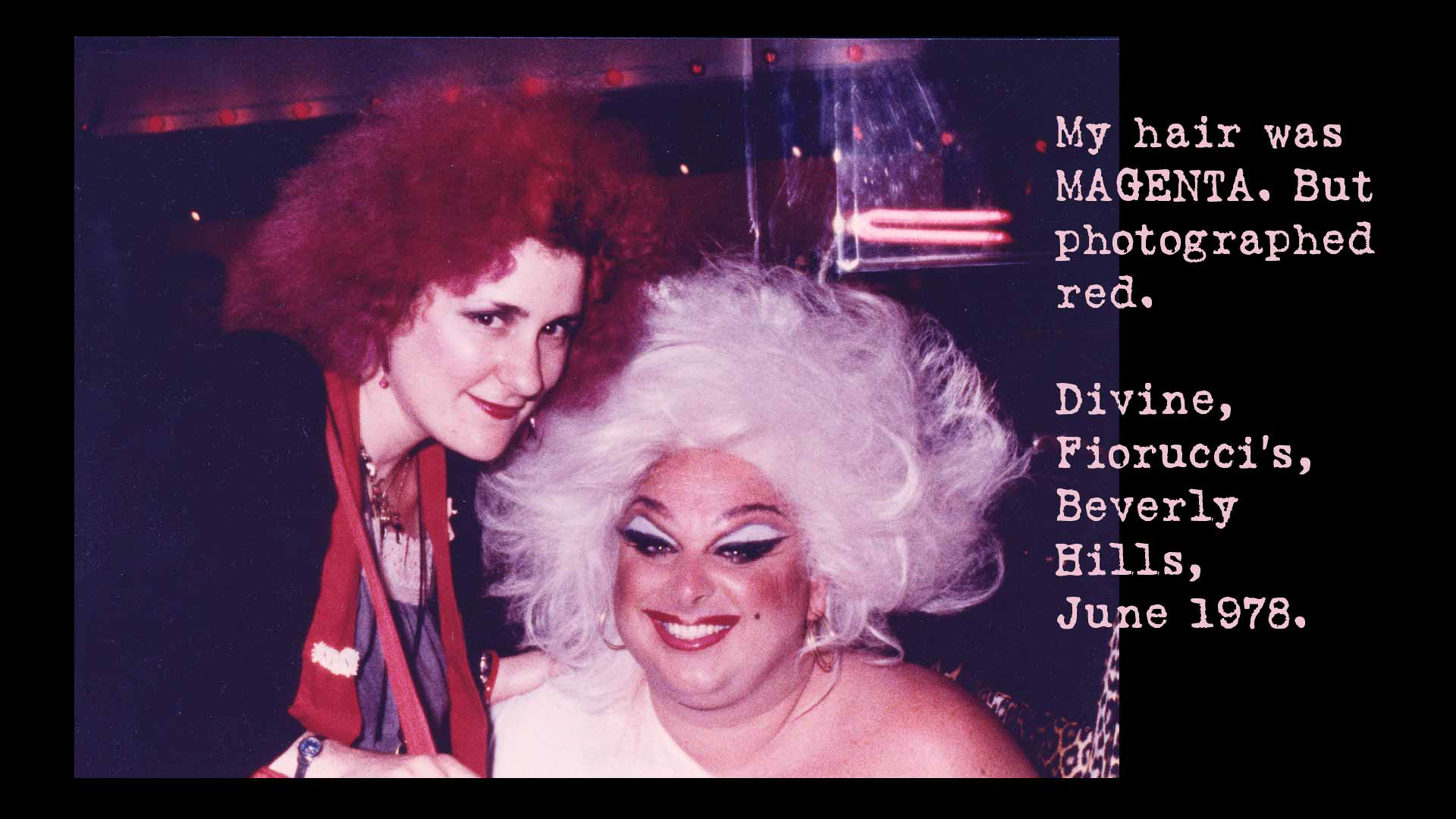 The more I think about these times, the more I remember ... images come to life in front of my eyes, many in my mind. So vivid. As if it were last night.

If you want to see more photos, read some stories, and more, check out my Punk Pioneers site.

I'm not going to clutter this page with more testimonials, photos, short list of where my photos published or exhibited (haven't updated it in years) and lots more. Please just click or tap: Punk Pioneers.

I've never told most of the stories nor in detail like you'll hear.

Only if you sign up. Or it's all over. Your choice.

It's only rock n roll but we love it, right?!

I can Tell True Tall Tales for most in this list.

Contrary to popular thought, photos don't scan themselves. It takes a huge amount of time and money to scan, and then post photos.

IF you are a 6 or 12 month member, you can tell me who, what, where you want to see and hear. I will do my best to fulfill your wish. Depends if photos are scanned and if I have interesting stories to tell. PLEASE write me.

We suggest moving this party over to a full size window.
You'll enjoy it way more.
Close
Go Fullscreen